A Healthier Approach to Competition

Over the years of competing and coaching I have learned of the importance of a healthy mindset for competition. A crucial aspect of our competition mindset is the definition we create for it and our relationship with that concept. We all have our own reasons for wanting to compete, but it is undeniable that certain attitudes can be considered either healthy or unhealthy. Take a young boy who works himself to the bone every day to meet the expectations of overbearing parents. They push him and tell him he is amazing and special to the point that he is terrified to lose in front of them. Compare this scenario to a young girl who falls in love with a sport and cannot wait to wake up in the morning to go practice. Her parents are supportive but not overbearing and they commend her hard work rather than the results of her performances. I believe most people are easily able to identify which of these situations seems healthy when compared with the other.

My own view of competition is that it is no more than an attempt to compete against your own potential; that is, to see how close to your maximal potential you can get. Instead of letting external factors push me, I prefer to be driven internally by standards that are only bound by what is humanly possible for me. If I let external factors push me there will always be a limit and I open myself up to feeling like a failure if I do not achieve my goal. I prefer to seek external goals with an internal drive. I may seek to win a fight, tournament, or title (an external goal) but I am driven by a desire to reach my own personal potential (an internal drive). I see the goals as the vehicle I can use to test myself.

I see people waste a lot of energy putting too much importance on the results they are able to outwardly achieve in a tournament or match. It is stunning how much energy it sucks out of them. That energy could have been used for preparing for the test at hand. The anxiety regarding the results of the upcoming competition haunts them before, during and after their matches. If they have an off day in training, a totally normal thing that inevitably occurs on occasion, they read too much into it and it affects their confidence. It hangs over them during their preparation for competition and sucks the intensity from their training. The lack of intensity negatively affects their confidence even more which perpetuates the cycle. During the match they let every point against them break them down mentally and they lose focus on what they need to do in the moment because they are too focused on the future results. After the match, they are unable to see what they did well. They see the failure of their abilities in that moment as evidence that they themselves are failures and they miss the opportunity to judge their performances objectively to seek ways to improve.

By adopting the attitude of competing against your own potential you will free up an enormous supply of energy. Before the match, your level of anxiety will be lower because you will not be concerned what others think of you. It is still a very intense thing to put yourself out there and compete, but a loss will not make you a failure. You will know that a loss will only be an opportunity to grow and learn. During the match you will be able to focus on the moment instead of dreading the results in the future. This will free up focus so that you can seek ways to win or turn-around a rough going match. There is a doubly positive effect after the match for the internally motivated person. Should they lose, they will not succumb to feeling down on themselves. They will be clear that they were only in competition with their own capabilities and thus the fact that another person’s capabilities on a given day were superior will not matter. Should they win the match, they will not view their win as proof of their superiority as a person. They will know that the only thing proven is that their skills were better at the time of the match and there are still things they can find to work on. They will be able to dissect their performance objectively and look for ways to improve instead of simply reliving the glory of their dominance over another person.

I probably sound like a broken record to the students who have heard this speech before but I believe very strongly that a proper mindset is the foundation on which you are building your skills so it bears repeating. If you mentally crack, the rest of the pyramid will come crashing down no matter how well it is built. It is only a matter of time. Set your sights on being the best you can be and come to terms with the fact that you will never get there. There are areas to improve on and competing is the way you will shine a light on what areas need work. An impossible goal such as personal perfection is achieved the moment you decide to chase it. If you continue to seek improvement regardless of your external results you will always be operating at the top of your game. 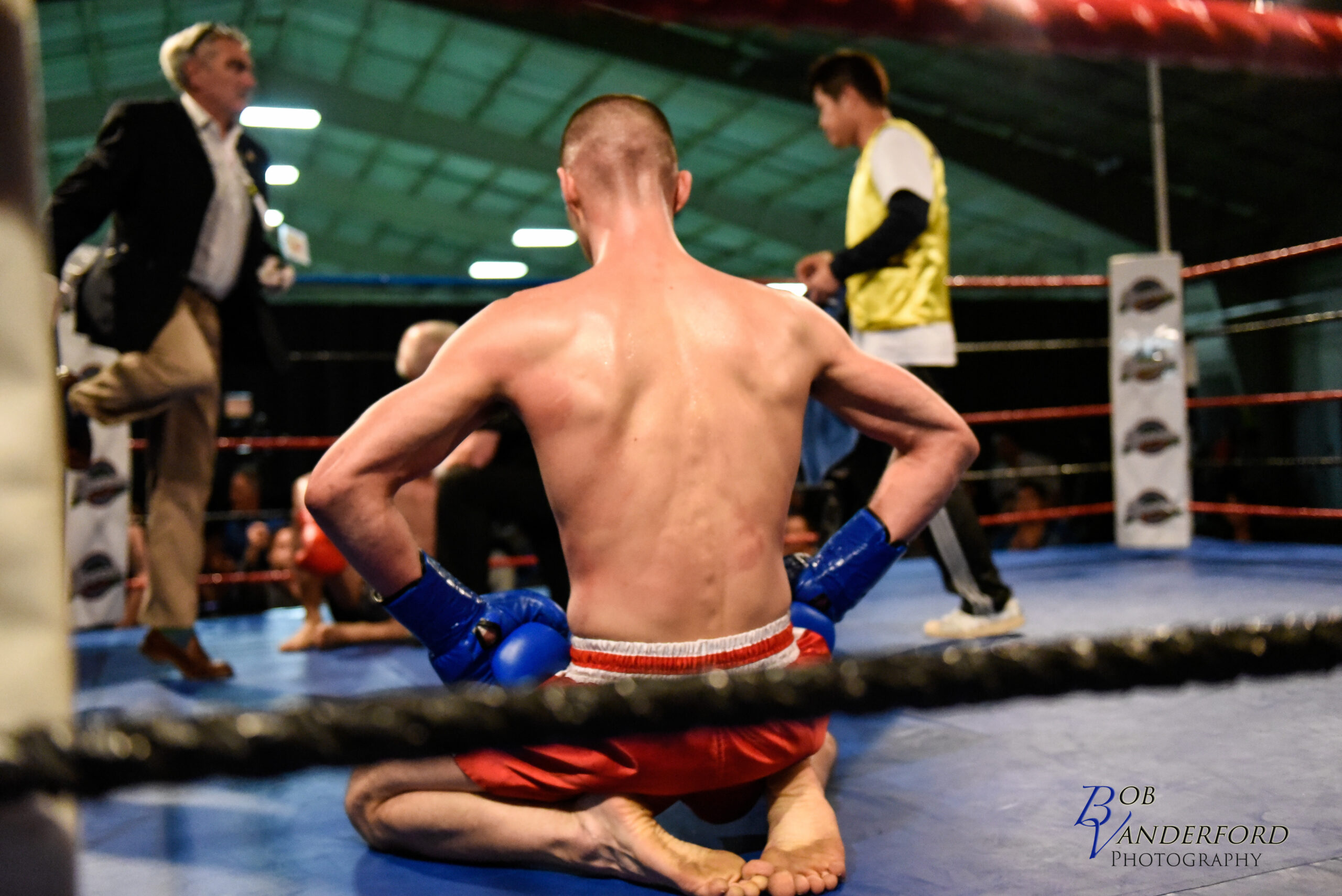 Coach Greg kneeling out of respect for a downed opponent. He was not my enemy but a necessary part of my journey of self discovery.